Find the best deals on 194 hotels in Philadelphia, Pennsylvania 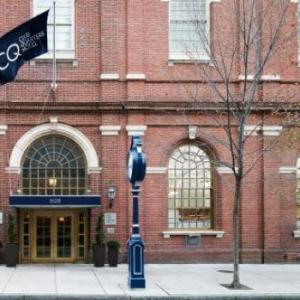 Best Historical Cities to Visit in the USA

Philadelphia: A Birthplace of Independence and a Public Art Mecca

Philadelphia, founded by William Penn in 1682, is the birthplace of Independence pf America. The name ‘Philadelphia’ holds the meaning of the City of Brotherly Love. This city itself is a gorgeous mix of art, history, and culture itself.

Apart from the best Philadelphia PA hotels, Philly, as it is commonly named, is well-known for its public art containing more murals and sculptures than any other city in the USA has. Observing one of the best and funky graffiti and statutes won’t cost you a cent as you may attend many free tours and admire their artistic beauty and vibrant creativity absolutely at zero pennies!

Philadelphia is a safe place for numerous national historical sites with the Independence National History Park taken as an initiating point and center for all the main landmarks, including the Independence Hall, where the iconic Declaration of Independence was signed. The Liberty Bell is also located here which is the representation of the American Revolution.

Here, you can roam around the world’s biggest urban landscaped park, known as the Fairmount Park has more than 37 km² of the area covered in greenery. There are numerous hiking trails and paths. After all that hiking, you may enjoy some famous local cuisines such as a soft sweet pretzel, cheesesteak sandwich, or some Tastykake snacks.

Landing at the Philadelphia International Airport, you’re only 20-minute far from the city center. Our services offer a wide variety of best hotels in Philadelphia downtown Philly, close to the airport or for the sportspeople, close to the Wells Fargo Center.


Places of Interest in Philadelphia